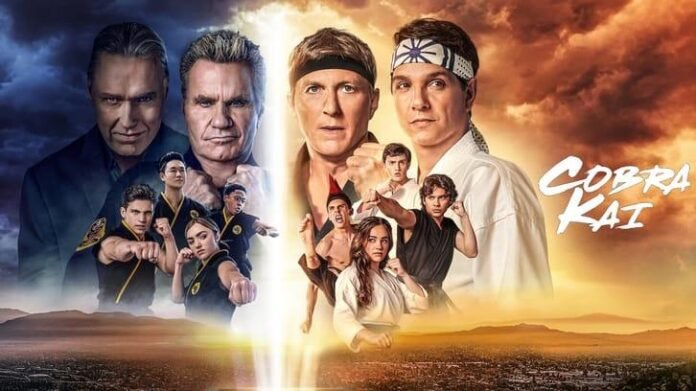 The original Karate Kid was produced back in the ‘80s and it is still a sensational movie that we cannot over. It is inspirational for all ages because the story continues as the bullied teenager learns about karate as a brilliant form of self – defense. The kid is Daniel Larusso who is played Ralph Macchio that comes under the training of Sensei Miyagi who was played by the late Pat Morita. This beautiful relationship develops throughout the movies, as Miyagi teaches Daniel to be more forgiving. This is because his bully, Johnny Lawerson who is played William Zabka is in constant rivalry against Daniel. Johnny is part of Cobra Kai, which is the most popular dojo in town. This relationship worsens throughout the movie, as Johnny’s Sensei Kreese adds fuel to the fire by pushing him to play dirty in the karate tournament. The final match is between the two archenemies is won by Johnny after he uses a foul play. This rivalry continues even after the competition is over. We see this in Cobra Kai, as the two kids have grown up to be adults. Larusso has started his car rental and selling business while Johnny is still living his life as a teenager. Even after years have passed both cannot get over their little feud back in the day. They still bring out the worst in each other, as we see both character’s trying to prove the other person wrong throughout the three seasons. We see how both Daniel and Johnny even after joining force to fight Kreese from destroying the lives of young kids in season 3, still face a lot of issues agreeing on each other’s teaching methods.

Season 3 was full of surprises because the teams had switched recently. Everyone one had become an enemy of their friends who were in the opposing team. And this worsened as Kreese kept playing mind games with the kids and lured them towards the dark side. He would use their weaknesses to his advantage and make sure these kids would do anything to fight one another. This was seen in the All Valley Karate Tournament where they were not only fighting to win but they were trying to save their respective dojos. Kreese had bet Johnny and Larusso who ever loses would have to close their dojo forever. This made the win even sweeter, as Cobra Kai won and both Larusso and Johnny were devastated. They did not know what to do because Miguel could no longer compete due to his back injury. So, Robby thought it was going to be an easy win but Hawk gave him a tough competition and he won. Cobra Kai was defeated in the boys all value competition. However, Tory brought the win for Cobra Kai, as she won her final match with Sam in the girl’s tournament. This further worsened the friendships and put a stress on Daniel and Johnny because they were asking the kids to act a certain way.

But all ended on a high note and we cannot wait any longer for the next season to drop. Till then, let’s take a close look at the sensational costumes from all the dojos. But one that stood out was the cobra kai outfit. It was a sleeveless gear available in black. So, if you were looking for one, then look no further. Here at leather city we got the best Cobra Kai Gi costume at the most affordable price. Yes, you heard us right! You can avail the sensational cobra kai suit in a wide range of sizes, cuts and fits. The best part of the cobra kai gi costume is the soft inner lining that adds to the longevity, durability, and sturdiness of the design. The belt snitches in your waist and gives you the badass vibe like the Cobra Kai. You do not need any Kreese to push you towards the gym, but the fine quality stitch and finesse of the design can be seen from afar. It will become your motivator to work out and build a strong physique to rock the Cobra Kai Suit. So, what are you waiting for? Grab yours before the stock runs out.

Here at leather city, we got all that you need to revamp your simplistic style with one of the best costumes in town. You do not need to hunt for each apparel when we got all that you need at one place. Be it cobra kai or karate kid, we know how to put a smile to your face. This is because we are a body positive brand that caters to all body types and shapes. So, it you need personalization we are here! 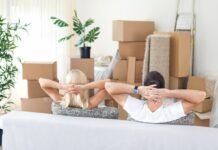 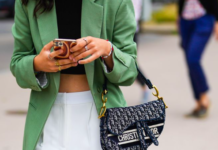 Buy Women’s Clothing Online at Great Rates without Knowing Much 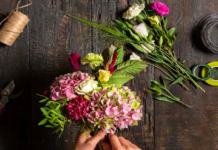 Your Guide to Preparing, Processing, and Arranging Flowers for Delivery

What factors need to be taken into account when buying creams?

Math vs Arithmetic: What Are the Differences?

Important Poker Rules to Remember Concerning the Use of VPN

Getting Rid of Fleas (On Your Dog And Its Bed

What factors need to be taken into account when buying creams?

Math vs Arithmetic: What Are the Differences?

Important Poker Rules to Remember Concerning the Use of VPN