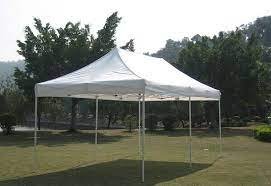 The tarpaulin is a handy item, and numerous types of it exist. Categorizing particulars of the tarpaulin can be difficult because many people who refer to them use different terms for the same thing. The following list will clarify the various ways that people use “tarps” and “tarpaulins.”

These are typically used as small roofing overhangs (though sometimes used as ground tarps) or as rain-catchers on shelters. They are usually rectangular with grommets along each edge to easily be tied down or lifted. Usually, these tarps measure 12 feet by 14 feet (3.7 m x 4.2 m). Their weight varies depending on the material from which they are made, but they usually weigh between 8 and 16 ounces per square yard. They can be used as ground tarps or to cover other objects, such as a pile of firewood, haystack, or trucks.

These are typically much larger than other tarpaulins. The usage varies depending on the material from which it is made. It may be a bit heavier because it needs to withstand more wear and tear while also resisting water better. The grommets tend to be reinforced compared with smaller tarps’ grommets. This type of tarp may come in sizes that range up to 40 feet by 60 feet (12 m x 18 m), though smaller ones are common. It’s pretty popular because it can be used as a temporary building material.

This is the type of tarp often referred to simply as “tarps.” It’s made using similar materials to smaller tarps (but its grommets are usually larger), but it differs in that these are typically rectangular. The term itself originated from trade name-brand items, such as “Blue Tarps”, initially manufactured for camping purposes. These tarps measure 8 feet by 10 feet (2.4 m x 3 m) or sometimes 12 feet by 14 feet (3.7 m x 4.2 m). They are lightweight at around 5 ounces per square yard and are very versatile—some people use them as ground tarps or even make tents. These are usually the type of tarpaulin that people refer to as “tarps” when they mean “any single piece of cloth.”

These tarps vary in size and shape, but one very common usage is a canopy over a vehicle such as a truck or an ATV. They can also protect other objects from water damage; for example, some use them as covers over haystacks, boats, and even cars. Many people like using these because they’re sturdy enough to bear significant weight (such as tools and items used during construction). They come in many different colours, making finding the right colour for each situation’s theme or mood easy.

However, because these can be large (usually measuring 12 feet by 18 feet [3.7 meters x 5.5 meters]), they can add to the vehicle’s overall weight—which is something to keep in mind if you’ll be using your truck or ATV for heavy work, such as construction or intense landscaping projects.These are huge and heavy tarps that can even bear significant loads, such as cargos on trucks, boats, and ships. Because of their size and durability (they’re often made from vinyl), these tarps are usually used in industrial sectors, such as construction sites where vehicles need protection from bad weather or areas excavated/disturbed a lot. 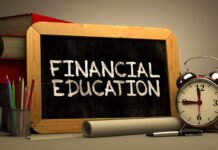 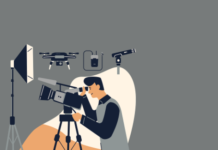