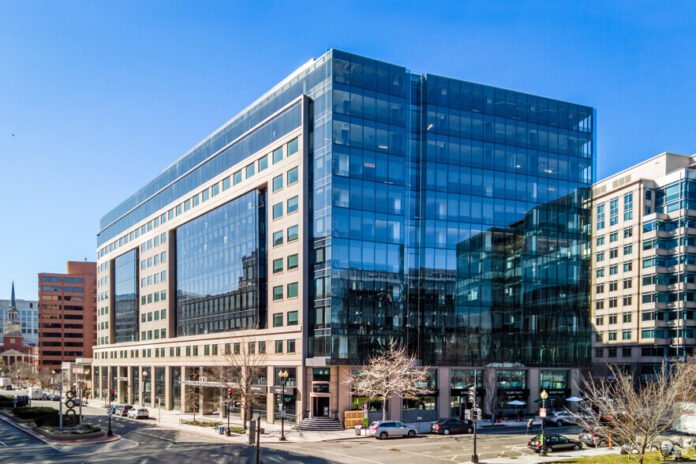 WASHINGTON — Commercial Window Shield has been hired by HITT for a decorative window film installation project in the nation’s capital.

HITT will be doing a complete, high-end build-out of two floors of an office building at 1201 New York Ave. NW. for their client, Biotechnology Innovative Organization [Bio].

The budgeting process for this project began 18 months ago. Bids for the decorative film portion of the project were competitive. Commercial Window Shield was the successful bidder.

HITT will begin construction in September. Installation of the privacy/decorative films will start sometime this winter. As always, Commercial Window Film will work closely with other sub-contractors to coordinate their schedules.

The company has a long-standing relationship with HITT, having completed numerous window film installation projects over many years.

Its clients have included the U.S. Capitol, FBI headquarters, the Pentagon, all House of Representative and Library of Congress buildings, Grand Central Terminal, Merrill Lynch headquarters, the United Nations, the Willis [former Sears] Tower, O’Hare and Seattle international airports, and the Philadelphia and Denver mints.

If you are interested in installing smart film in your office – or any other type of window film, contact Commercial window shield at info@commercialwindowshield.com