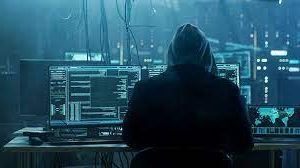 In the beginning, ‘hacker’ meant a professional programmer proficient in machine code, machine learning, and operating system knowledge. Today, a hacker is someone who regularly does hacking, and has chosen to pursue hacking as a career and way of life. Hacking is the act of changing the functionality of a system to accomplish an unrelated goal.

What draws an ethical hacking career?

If you have a love for computers and enjoy a challenge, then an exciting career in ethical hacking can be in your future. You can utilize your expertise to hack into computer systems, and you can earn significant money doing so. Getting into the field is difficult, but if you put in the effort to start, you will be able to make a prosperous career for yourself. Legally, ethical hackers always play by the rules.

Let us have a look at the various stages a career in an ethical hacker has.

Patience is required for an ethical hacker to embark on a successful career. There is incredible potential to both acquire an extraordinarily high-ranking job and make a substantial pay, but don’t expect to accomplish both straight away.

Many ethical hackers first earn a computer science degree. Another alternative is to earn an A+ certification (CompTIA), which requires passing two separate tests. These exams assess an individual’s understanding of the individual PC components and their ability to re-assemble a PC.

To pass the test, you must have at least 500 hours of applied computing expertise. A job at this level will pay an average income of $44,000 a year. Before you can advance in your career, you must gather experience and obtain a Network+ or CCNA certificate. Foundation-level knowledge in networks includes management, maintenance, installation, and troubleshooting. To attain foundation-level skills, the CCNA certificate is required.

After being prepared, you will begin your career in the network support field. Do projects like watching for holes, implementing security applications, and testing your system. Your aim should be to acquire a position as a network engineer.

With experience, you may aspire to make approximately $60,000 to $65,000. You’ll be designing and managing networks from here on out. From this point forward, you should be focusing on learning about security. To earn a certification, such as Security+, CISSP, or TICSA, you must do so now. The US Department of Defense has certified that the Security+ certification encompasses such critical areas as authentication, authorization, and encryption.

CISSP is widely respected among organizations as a globally recognized security certification. TICSA certification testing looks at the same areas and addresses the same security levels. Having the time and credentials will aid your job search in information security.

This is a big step in the process of becoming an ethical hacker, since you now deal with Information Security. This role pays an average of $69,000. An information security analyst investigates the system and network security, troubleshoots and puts in place security measures. For this profession, focus on penetration testing to familiarize yourself with the tools of the trade.

Right now, you should be looking to gain a CEH certification from the International Council of Electronic Commerce Consultants (the EC Council). In-depth training will give you everything you need to become an effective, ethical hacker. You will be given an opportunity to dive into a hands-on environment and uncover any security concerns that may exist on the network. You will become a professional ethical hacker after you get this certification.

Let us learn the demands of the profession so that we can be ethical hackers.

Ethical hackers have a bleak outlook before they can begin to learn their craft.

what would an ethical hacker expect

Once you begin as an ethical hacker, you devote all your technical and security know-how into attempting to breach the organization’s or business’s network security. A complete study of your findings and recommendations for improving the network security are needed. This protects them from illicit hackers. The median wage of an ethical hacker is $71,000, while incentive payments may reach $15,000 to $20,000.

How ethical are ethical hackers?

A serious hacking problem for many major corporations is quite widespread in cyber warfare. IT security on a global basis is now approaching the trillion-dollar mark. Encouraging an army of white-hat hackers is the best strategy to confront black-hat hacking. 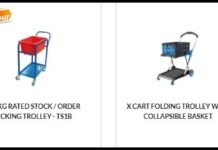 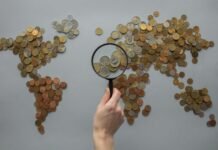