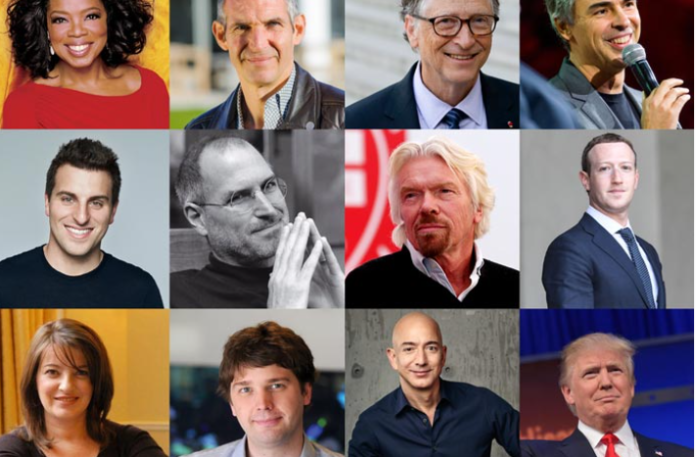 I hope that you enjoy reading it and send me any of your own porkies to add to the list. So here we go:

Yes I’m sure that you’ve seen them promising the earth in almost no time at all and for a small charge.

I should know about these I’ve bought a few.

I don’t know if you have ever done this. They are sometimes free.

The most common is the promise that you can earn treble your current income by working 2 hours per day.

I’m not for one minute saying that nobody will manage this but I’m sure that I never have.

And it’s not for lack of trying.

Wouldn’t be refreshing to find a realistic promise, but then no one would go for honest and ordinary.

I know I’ve tried it

This is an evergreen. I cant’ begin to remember how many times I’ve heard it.

If you’ve never used this one then I’m afraid that the time has almost passed.

With electronic banking and people asking for your card details whilst they are on the phone there’s no escape.

In all my years in business I’ve only been seriously strung along by this line  once and that was resolved through the small claims court.

Unbelievably that customer was a solicitor so your in good company with this one.

Or the kitchen table as it is more often known. The biggest porky pie mine appears to be in the area of how big and how experienced a fairly young (new)  company is.

How often has the above been used to describe a rented shed or corner of a room.

I can remember when I started out about 17 years ago. I had finished my first job and was looking for the next.

Amongst my “irons in the fire” was a tender for Local Government work.

I had arranged for them to come and take a look at my premises on the following Wednesday. Looking round the offices I had all the equipment and procedures that they could want to see but then it dawned on me that there was no completed work.

The place looked empty. After all, I was supposed to be busy.

So I called a friend of mine who was in the same business and asked if I could borrow some “completed” work.

After he stopped laughing he agreed to sort some out for me. With the visit due on Wednesday I went over to my mates on Tuesday morning. I arrived back at my offices just after lunch to find a note stuck through the door.

It was from the people from the council due to arrive the next day. They apologised if they had the day wrong but they had found no one in.

I felt sick. the note said they would get in touch.

A day later I got a fax ( remember those) telling me that we had been unsuccessful in our application because the place looked empty and they were expecting to see more signs of activity.

Ah well. The best laid plans of mice and men.

It couldn’t have been much worse in this case.

This goes hand in hand with number 3.

I have come across this one on many occasions. Have you found people with a really upmarket prestigious address such as say Harley Street for the medical profession.

When you investigate you find that they are in a small backstreet address in the suburbs.

This is often achieved  by employing a virtual office located in an area that will impress prospective customers.

I had one client who’s city-centre address in Manchester was just a mail and answering service through which, I must say, she carried out her business faultlessly.

She herself had moved to Australia.

On holiday to start with but then she stayed using the UK work to keep her going until she was established down under.

So if you want to impress – this is just the job.

Of course they do. Just like with COVID vaccination management or health checks or safety training, etc.

And if you are the only employee in the business, then, there’s only you to blab about anything confidential that comes your way.

This is one I would never mislead people about as there can be legal comebacks.

Over recent years the importance of confidentiality has grown.

Online fraud has become a daily occurrence so this can not be cheated on.

SME’s are now encouraged to take out Cyber Insurance to protect them.

The only alternative is to make people work in the dark with ear plugs ( I’ve worked for few companies like that).

But if you did have more than enough work why would you get out of bed in the freezing cold at six in the morning to go to networking group.

I mean, come on now. You’re there because you need work. Listen out for it . There’s a lot about.

7. How long have you been in business ?

I don’t know about you but I’ve been in business for 17 years. Yes that’s honestly.

But I’ve seen many people, the younger me included, trying to give the impression that they had been established for years.

There’s no great shame in being a young company but it amounts to a lack of confidence on the part of the customer.

I would recommend telling the truth and backing it up with good references. A friend of mine sells graffiti sketchbooks and only for the last six months. That’s fine. So obviously go out of your way to get good comments about you from every customer.

This one only occurred to me a few days ago.

I was browsing through competitors websites, looking for ideas worth pinching, when I noticed that one of them had won an award.

I was impressed. There was an official looking award sticker you know the sort, very ornate with the name of the organisation at the bottom and the winner of the gold award for service written at the top.

Well I never they won something. As I thought about it I was even more taken aback. I had never won an award, in fact I’d never even heard of the award and it was in my industry.

Now don’t get me wrong I’m not accusing anyone of inventing bogus achievements.

But I could easily claim to win an award, one for which I was the only entrant, where I was also the judge a jury and  Yes I could just simply make it up.

What a dishonest and despicable thing to do I thought to myself as I headed to the local trophy shop.

You know one of those places that sell cups and plaques for darts, snooker, pool football and all other types of competitions.

Having got my self a shield or cup or something I could get my brother in law to put on a suite ( that would be worth a trophy in itself) and have my photo taken in the lobby of a hotel, when it’s quiet, with him presenting it to me and shaking my hand.

Voila – a big photo on my website, that would really impress.

Now I’m not saying that my competitor was up to such skullduggery but you never know. I bet someone is.