Nowadays, every person is a blogger, further – only more. And now I’m not talking about blogging as a job, but at least as a hobby. If something interesting happens in life, you need to capture it with your favorite camera, because otherwise, no one will believe it.  It is for this niche that Sony’s RX100 series was created.

Sony RX100 VII best camera for filmmaking on a budget. As is clear from the last figure, is already a family of cameras of this series, which is positioned as the best solution for a blogger. Along the way, avid tourists also fall into this niche. RX100 VII – Although not cheap, it’s a great zoom compact for all occasions. It makes little sense to list the specifications, they are in many ways similar to the previous model.

Therefore, the main emphasis is on the video side. Although everything is fine with the camera’s photo mode.

Visually, this is the same piece of tar soap packed with an incredible amount of stuff, including a pop-up viewfinder, built-in flash, and a tilt-and-tilt screen.  It uses the same 24-200mm f / 2.8-4.5 lens as its predecessor.
The metal body has the same rotating control dial around the lens. Its options can be changed depending on the shooting mode.

Among the shortcomings is the lack of protection against weathering, as I understand it, for the sake of compactness, so we carry it in our pocket in the rain, quickly remove it, and put it back in our pocket.

The Sony camera turns on very quickly, with turning off the situation is a little worse.

As before, the novelty is based on the Bionz X processor with a buffer chip. But now it is equipped with a new 1-inch 20.1-megapixel back-illuminated Exmor CMOS sensor, built on Sony Alpha 9 architecture.

But “don’t worry, be happy” Sony has long been powered by Power Bank.

Now let’s get down to the test.

As soon as I pressed the shutter button, I felt as if I had released the pit bull, which simply bites into my face and eyes tenaciously and tightly. Here’s an eerie analogy of how well autofocus works.

I will not continue to sing praises and I will say that I was more than satisfied with the autofocus performance of the Sony RX100 VII.

The camera is guaranteed to fix the eye at a distance of up to 5 meters, sometimes further.

All sharp movements are perfectly analyzed and caught.

In terms of dynamic range, the Sony RX100 VII also showed excellent results. Especially when you consider the size of the matrix. The -2 and +2 stops of exposure shift align without problems in post-processing. At -3 stops sharpness drops noticeably, details are lost and the color is distorted. When restoring a frame of +3 stops, color distortion, a drop in sharpness and more pronounced noise also occur.

At the bottom of the publication, follow the link to download the source code when testing DD.

A zoom lens with such focal lengths is, of course, convenient, but how does it keep sharpness across the entire field of the frame?

At the minimum focal length, both the central and lateral parts are well-read, however, sharpness decreases already from a third of the frame on the sides. Not critical, but still there.

At the maximum focal length, the picture is slightly better than on a short segment: the edges are slightly less sharp, but again there is an interesting moment – a decrease in sharpness in the center of the bottom of the frame, and on the edges – on the contrary – sharper.

As for the ISO, you shouldn’t expect miracles, but the result is still decent. Up to a value of 2000, the noise is unimportant, at 3200 it is already noticeable and this value can be considered the limiting one, then colored spots appear, and the clarity of the picture decreases.

As with focusing in photo mode, the video also works out perfectly. Sony RX100 VII easily picks up the face with zoom and eyes. Spot focusing also works well in normal lighting and is weak at 400 lm.

The rolling shutter is weak in both FHD and 4K, in order for it to appear, you need to jerk the camera very hard.

Both at 4K and FHD, moiré is practically not noticeable, here it is manifested not so much as monolithic stripes, but as light-colored highlights. It hardly catches the eye, but still there.

And since we’re talking about the cons, 4K has one more conditional – this is a recording limit of 5 minutes. So blogging in 4K will create some discomfort due to the constant gluing of video clips. It is conditional if you are not shooting in standard mode. This limitation can be removed, but then get ready that the camera will heat up and at some point may turn off from overheating. Especially indoors or outdoors during the warm season.

The ISO limit in videos in both 4K and FHD is 2000, then noise appears, which the camera’s internal algorithm tries to equalize, even if you turn off noise reduction in the camera. It looks very strange: the picture seems to be floating on the waves. However, recalling the size of the Sony RX100 VII matrix, this result is more than decent.

It seems to be a seemingly convenient gadget, you can simply and easily press the video recording, photo, zoom button. But even for my small palm, the length for a comfortable grip was not enough, the little finger and ring finger sag if you take the handle to quickly press the buttons, and if you just grab it like a monolithic stick without buttons, then it’s normal 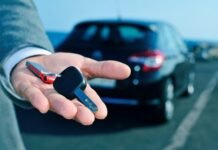 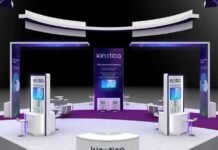 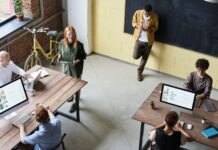