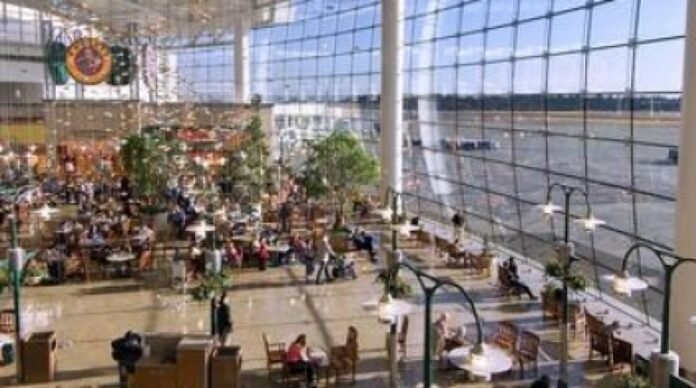 When officials at Seattle-Tacoma International Airport began exploring renovations to their arrival hall in 2017, a key component was improving security. Near the top of the list was protecting the windows by installing security window film.

Sea-Tac officials had seen photographs of the aftermath of the 2016 terrorist attack at Brussels Airport, which resulted in 32 deaths and more than 300 injured. Large sections of windows were blown out, sending shards of glass flying into the terminal and adding to the injury count.

Sea-Tac was not alone in exploring security film as one option in protecting their buildings and the safety of airlines passengers and airport employees.  Since airports are considered prime targets for terrorists because of their high population density, airport officials all over the U.S. – and the world – have continued exploring security measures on multiple levels. Window security through the installation of security films to keep the glass from shattering is a major to do item on many lists.

Terrorist threats aren’t the only reason airports are looking at security window film installation to protect their glass. Airports in hurricane and tornado belts also are considering glass protection since high windows can shatter windows and turn glass into dangerous projectiles. As volatile weather events appear to be on the rise in the U.S., airports likely will be taking a closer look at the benefits of security window film installation on their terminal windows.

For Sea-Tac officials, the decision was easy. They decided to install 8-mil clear shatter resistant window film with a perimeter wet glaze attachment system to all the airport entrance side windows on the baggage, parking and terminal levels and at Gina Marie Lindsey Arrivals Hall, adjacent to Terminal A. In total, security window film was   installed on over 3,000 panes of glass totaling over 80,000 sq. ft. of security film and 76,000 lineal feet of wet glaze.

Sea-Tac was not the first U.S. airport to utilize shatter-resistant film to protect its windows.

O’Hare International Airport officials had security window film installed at its Terminal 1 as part of a security effort at one of the world’s busiest airports.

For the O’Hare project, airport officials had 8-mil security window film with a perimeter wet glaze attachment to 37,000 square feet of exposed hard-to-reach glass in a crowded, busy environment.

This was a difficult project. Job specifications developed by the project’s architect and engineering firms were not feasible. The installation company retained by O’Hare was very experienced and came up with an alternate solution involving three scissor lifts and a 40-foot articulating boom to reach the top of the extremely large panes of glass.

In addition to security window films, airports also are looking to solve sun problems that often make their buildings uncomfortable. It’s not uncommon for passengers sitting in waiting areas to become extremely uncomfortable because of bright sun rays that enter the building through large panes of glass that many airport terminals have. The resulting solar heat gain – and extreme brightness – is an issue not only for uncomfortable passengers but for the terminal’s HVAC system which can be adversely impacted.

In this case, the installation of solar control window films on airport terminal windows can solve the problem.

As with the installation of security window films, airport officials will want to find an experienced solar control window film installation company as it takes considerable expertise to handle this type of installation. 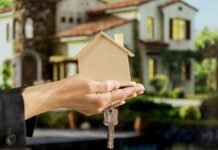 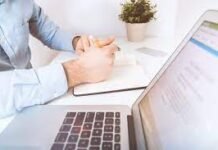 The Dos And Don’ts Of Contractors’ Licensing

Why Should You Work With A Custom Home Builder?