If you are planning a trip to Russia but are confused about when to go, as it is very cold out there. Most of the time it is winter there, as it is a northern country one of the coldest countries. If you are planning to visit the best cities in Russia, during the winter season then you may save a lot of money.  But if you are not a big fan of winter then better travel during the summer season. In this article, we would discuss in detail which is the correct time to visit Russia.

So here is a list of break down in months, which are suitable to visit Russia.

This is one of the best times to visit this beautiful country which is in full bloom during this period. This is the time when you would see a lot of locals also coming out of their houses and visiting different places in Russia. Do not be surprised if the sun is smiling down on you. The only thing which can deter you during this time is the amount of money you need to pay to hotels if you want to stay at one of the best locations during this peak season. During this time there is the Moscow International Film Festival with Usadba Jazz Festival which happens in the month of June.

At this time you will definitely see changes in the climate. As the winter season would come back and the number of travelers coming to the country might fall down. But still, the climate is not so harsh you can still visit a number of places during this time of the year.

Winters in Russia are very extreme and they last for a longer amount of time. There would be days during this time when you would not be able to see the sun for more than an hour. So light-hearted person should stay away from this kind of freezing temperature. Snowfall will continue till March which is no surprise for Russian people as they are used to it now. If you plan to visit during this time of the season then hotel rates would be extremely low. There would be a slight hike in the prices of hotel rates during Christmas and New Year time. If you visit them during the festive time you get to know down to earth meaning, as the locals are very humble and helpful.

During this time of the season, the temperatures would be coming back to normal. But still, you would require to wear your winter coats. Hotel rates would start increasing accordingly as the season picks up. Also, there is Russian fashion week during this time. Labor day and Victor day fall during this period.

After reading the above article, many of you must have already made the plan in your mind accordingly. So visit during the Summer season is highly recommended. But if you want to have a very different Christman or New year’s eve then visit during December month as it would be a totally different experience. 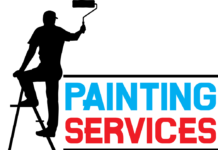 4 Reasons to Hire a Professional Painter for Your Home

5 Reasons Not to Be Embarrassed by Erectile Dysfunction 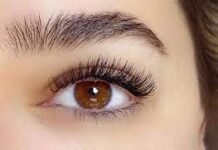 How to choose the right extension eyelash length?

How To Get “Glass Skin” With A Japanese Skincare Routine

How To Get “Glass Skin” With A Japanese Skincare Routine