We call them problem children and vandals. Their parents are tired of trying to control them, whereas the teachers and counselors have pegged them as lost cause. They not only are problematic for their peers and parents, but also a nuisance for the society as well.

Such adolescents are also into criminal activity and destruction as well. The response of people to this delinquent behavior is not healthy either.

They either punish these children, scold them, and even may send them to juvie. However, none of these treatments are helpful, as they are not addressing the issue.

What is conduct disorder?

Most of such children present the symptoms of not petulance, but they suffer from conduct disorder that requires treatment from a Child specialist in Lahore.

This behavior disorder presents other symptoms that include antisocial conduct, alongside irresponsible behavior. Moreover, it also causes impulse to break and vandalize things. Conduct disorder leads to violent behavior as well.

Their frisky conduct also causes them to steal things, and break law. Moreover, they may very well harm others, and assault them. In extreme cases, it may also cause the adolescents to rape animals or humans.

The symptoms of conduct disorder may vary from person to person, but they fall into four broad categories. These are:

Deceitful behavior: Adolescents who are suffering from conduct disorder are also deceitful, as they tend to lie, steal, and shoplift things.

Destructive behavior: An extension of the aggressive behavior is the destruction of property like arson and vandalism.

Criminal behavior and breaking rules: Petty theft notwithstanding, criminal behavior is common in adolescents suffering from conduct disorder. They do not conform to the society’s code of conduct, due to which they flagrantly break rules.

It could be something as banal as skipping school, running from home, or as serious as partaking in criminal conduct.

While the precise cause of conduct disorder is not known, however, there are several factors that contributes towards this condition:

Genetics: Having a family history of mood disorders and mental health problems also makes the adolescents and children susceptible towards conduct disorder.

Psychological issues: Since conduct disorder is a behavioral issue, it is natural that emotional and psychological health leads to this issue.

Childhood abuse can increase the chance for conduct disorder. Similarly, children who have undergone a traumatic event have greater tendency towards developing conduct disorder. Moreover, deficits in cognitive processing also can lead towards this disorder.

Social problems: People hailing from low socioeconomic background are more likely to suffer from conduct disorder. Their social issues, lack of acceptance by the peers and similar issues then increase the propensity towards the disorder.

The treatment of conduct disorder is composite of various factors like the spectrum in which the adolescent falls, their age etc. Most often, the treatment involves a combination of psychotherapy and drugs.

In the former, children and teenagers are counselled into improving their control over their emotions. They are conditioned for anger management, impulse control, moral reasoning etc.

Parents may also be given counseling. Often, they are made to undergo Parent Management Training (PMT) that helps them deal with their children.

While there is no medication for conduct disorder, as your Child specialist in Islamabad will also tell you, there are drugs for dealing with the causes and symptoms of the condition, like ADHD and depression. 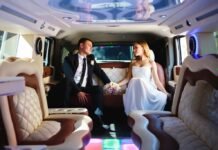 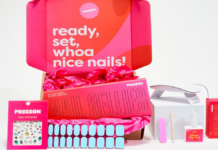 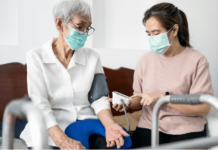